Scientists in China have laid claim to a pretty significant achievement, at least in terms of the social and technological implications of it. They edited the genes of two beagles named Hercules and Tiangou to produce custom dogs which have far more muscle tone than the average beagle. They actually have double the amount of […] 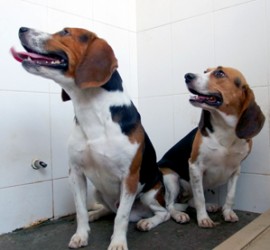