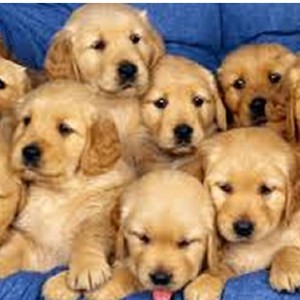 The Carter family hosted “Rose”, an 8 week old Labrador Retriever, for one week  to give her a good head start in socialization. Social animals like dogs have critical periods, which are developmental stages where the nervous system is hypersensitive to certain environmental stimuli. The critical period Rose is in is called the Human Socialization Period. It when the puppies are between 7 and 12 weeks old. The puppy develops the same brain wave patterns of an adult dog. It is the best time to transition away from a canine centered social system to a human one. The puppy is open to learn such concepts as respect, as well as basic commands like sit, stay and come. Housebreaking is also best to begin during this period. Puppies learn by association, so it is very handy to socialize them with other well adjusted dogs as well as people, environments and activities that stimulate development. The permanent bond between people and the dog is established during this time.