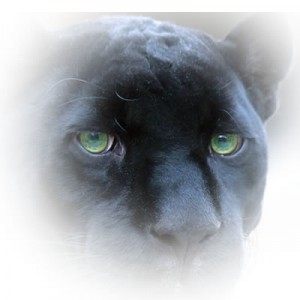 There has been talk about Animal Communicators not being normal. Folks are either for or against the idea, as with most things that are not easily understood. Under that larger umbrella belongs the titles of Dog Whisperer, Horse Whisperer, and so on and so forth. This story just so happens to be about a big cat. No matter where you stand on the matter, this leopard made such improvements, it’s hard not to be impressed.

The video in the link shows an Animal Communicator “talking” with a black leopard that had been abused, etc in his previous situation. Where he ended up, Jukani Wildlife Sanctuary in South Africa, intends to let him live out his days as he will. No pressure is their theory.

The leopard’s name upon arrival was Diabolo. He told the Communicator that was part of the reason for his continued stress and frustration when they asked her to come. The Communicator was brought in because he had been at the Sanctuary for 6 months and still no real connection with any of the caretakers there, and he never left his night shelter.

His new name is Spirit and he likes to wander around the enclosure and sunbathe. Everyone needs a little rescuing sometimes…