Home » Uncategorized » Cats Can be Poisoned by Regular Household Items 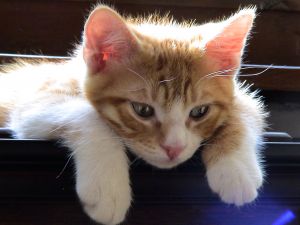 Cat biology is not the same as humans. One look at a cat next to some catnip will tell you that. While the plant does not trigger much in the way of stimulation to us, it sends them into a playful behavioral trance. Catnip is not the only thing that affects feline biology differently than humans and some of these differences can be deadly. For instance; Tylenol is extremely toxic to cats (acetaminophen).

Another area of concern, mostly because we might not think of the harm that might be caused is essential oils. Cats can be affected differently than humans or dogs. This does not mean all essential oils, but being aware of the differences and getting information prior to any application can be a matter of life and death.

Because of their physiology, cats are also far more sensitive to certain oily chemicals commonly found in insecticides and herbisides.

According to Wikipedia,there are many substances that are toxic to cats: