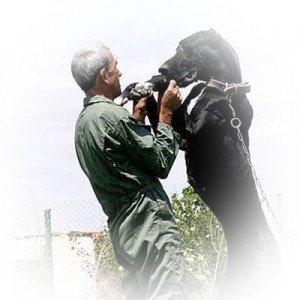 Programs where inmates train unwanted and abused dogs for the purpose of re-introducing them for adoption not only helps and heals the dog, it can bring about a healing to the inmate. Inmates can often identify with abused dogs because, for many of them, a piece of their own lives has been laced with knowing what it’s like to be unwanted.

This situation where inmate and dog are dedicated to each other sets the foundation for healing for both. When people are exposed to a situation where the mutual need to both socially nourish and be nourished this awakens the social drives to be expressed constructively. The results can be life-changing for the inmate, dog, and the future family.

A dog named Esther was severely abused in a puppy mill before being rehabilitated through the Prison-trained K-9 Companion Program.