Home » Uncategorized » A Letter to Your Pet’s Future Owner 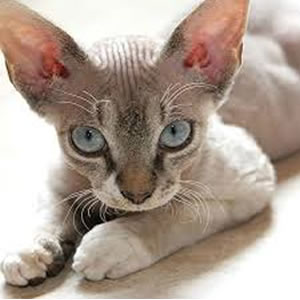 A dying woman penned a letter about her beloved cat, which prompted Laura Moss, a writer to do the same. If you knew your pet would have to be cared for by someone else, what would you do to prepare for your pets future?

Thank you for adopting my friend, Susie.

She was one of three cats in a litter.

Until I felt sure she knew where her home was, I kept her in the house.

After she was left out, she disappeared for four days. I thought I would never see her again.

On the fourth night we had an unusually loud thunderstorm. There was no rain, just noise.

That morning when I went out to call her, I did not expect to see her, but she came a running. She came in the house with me and has not been willing to go out again unless I go with her.

She became an indoor cat.

Susie is afraid of everyone and everything. It took her six to eight months to realize I am her friend.

I have tried for a long time to get her to go outside. She won’t do it unless I go with her.

Perhaps if I could go for walks with her, she would get used to going outside, but I am too unstable to leave my front porch. She will go on the porch as long as I go with her. The best she will do is walk along the garden next to the front porch.

I believe she would follow me if I could go for a walk.

It would be nice if she would make friends with our dog. They get along together, but Susie keeps some distance from the dog. I never worry about them when I leave them in the house together.

Susie is unusual, but I enjoy her company. She is a good snuggler, but she likes to be the boss. She enjoys being petted. She spends much of her time on my bed but always seems to know where I am.

I hope you enjoy Susie as much as I have.

Source: Write a letter to your pet’s future owner